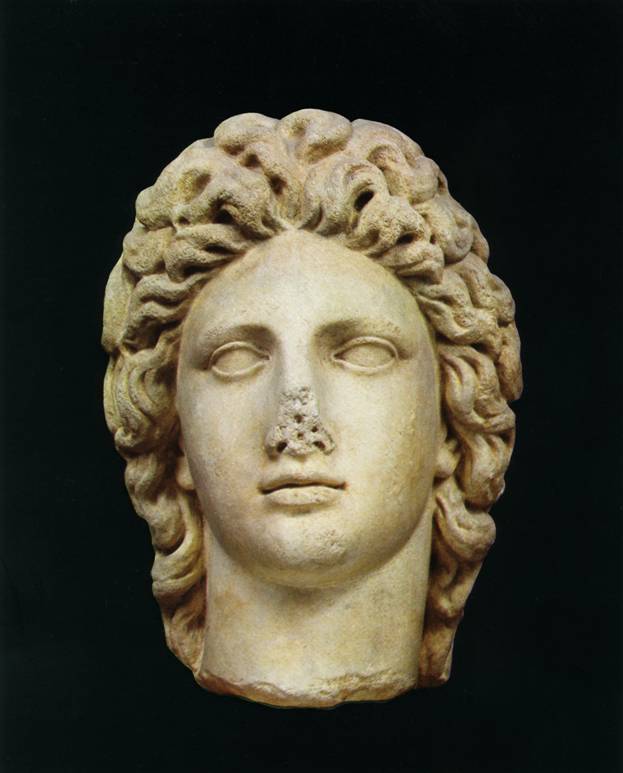 After the entry in the 2nd Athenian Confederacy in 377 BC, the Thassians used the support of Athens to extend their influence in the main land. In 357 or 340 BC, King Philippos of Macedonia expands in the neighbouring area. Under the kingship of the Macedonians, Thassos maintains a part of its autonomy.

The islands’ prosperity recurs in 4th and 3rd century, when the commercial centre of the city is being rearranged and reoriented between the port and the first slopes of the hills, surrounded by the big artery which leads from Artemisio to Herakleion. The sanctuaries were reconstructed and rearranged (Artemisio, Evraiokastro and Herakleion), while new ones were built (Dionisio and Poseidonio) and new wall gates were opened.

During the 4th century, wall restorations were made in the part of the wall which separated the port from the city, while the whole wall was enforced with towers. In addition, the city’s districts were developed. During these years an impressive development of the city’s construction appears, with well organized spaces.

More in this category: « Classic Era Ancient Era »
back to top
FaLang translation system by Faboba

(Κατηγορία: Τα χωριά μας)
In a distance of 3 klm from Skala Prinou, we find Skala Sotira, built along a beautiful and peaceful beach. An installat...
...Περισσότερα

(Κατηγορία: Τα χωριά μας)
Panagia is a classic village with a rich history and, unfortunately, many unknown aspects. It is one of the richest and ...
...Περισσότερα

(Κατηγορία: Τα χωριά μας)
Pefkari is a small tourist village between Limenaria and Potos, with a beautiful beach...
...Περισσότερα

(Κατηγορία: Ιστορία)
According to Greek mythology, the first inhabitant and founder of the island, was a namesake man called Thassos. Thassos...
...Περισσότερα

(Κατηγορία: Τα χωριά μας)
Financially it is one of the most important areas of Thassos, since the discovery of an oil resource and the installatio...
...Περισσότερα